Tips for buying a leather jacket

Anatomy of the Perfect Trench Coat

Anatomy of the Perfect Trench Coat 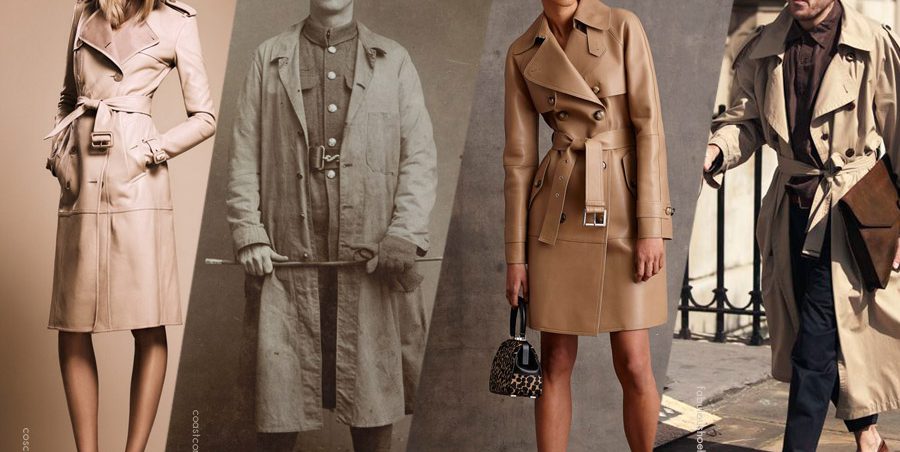 Who would have thought at the time of its invention that this master-piece primarily designed as a raincoat for army men would attain the stature of being called as a fashionable garment. But, trench coat did it!

Tracing back to its historic significance, the trench coat has its origin in London where Aquascutum tailored it for the first time in mid-1850s as a waterproof fabric for warriors of Crimean War. However, it was Thomas Burberry who subsequently modified it using his patent gabardine fabric and added few more significant traits to it.

But, you must be thinking how did it get its name “Trench Coat”? Well then, back in 1901, Burberry presented his potent design to the United Kingdom’s War Office as an army men raincoat. Initially, army officers wore it during the Boer War, and later it was worn by 500,000 militants during the First World War while fighting in the trenches. That’s when this name “Trench Coat” was coined. This outerwear later went on to be widely used during the Second World War.

After experiencing tough battles, trench coats gained popularity amongst civilians when Humphrey Bogart flaunted it in the feature film, Casablanca. And, then there was no looking back! Now, one can observe men and women walking down the streets of United States and Europe during the sloshy climatic condition in their stylish trench coats. Its property of being the wet, wind and mud resisting garment, makes it stand out from rest in the coat family.  What’s more it is the unparalleled option for winter wear in the harsh sub zero climate.

Some of the common material for Trench coat construction involve:

Initially, gabardine wool was used to tailor coats of army men. This densely woven water resistant material was strong enough to serve in the harsh climatic conditions. Today, it is only used in the making of niche customized coats on order. Its expensive price has made it unavailable for mass production and consumption.

Presently, merchandised trench coats are available in densely woven cotton fabric with twill weaves and poplin. Although, it doesn’t possess the heat retaining characteristic of gabardine, it is highly durable and can be used as a water repellent. Also, it is inexpensive than wool, which makes it even more handy.

Trench coat owes immortal status in the style diaries and when stitched in leather, it makes out a fab outfit. Leather trench coat is warmer and heavier than wool or cotton fabricated coats. Plus, its easy cleansing and, water and dirt repellent properties make it the ultimate choice of working city men and women.

Shades of the Trench:

Today, trench coats are available in almost all colors available under the sun. However, traditional trench coat happens to be in khaki, navy blue and, sand and stone. Black color leather trench jackets were worn by German troops during the World War II.

Each feature of a trench coat has emerged out of practicality:

Right below wide collar, throat latch is placed. It helps in maintaining the grip over collar and protects you against the stormy wind current. One can also flaunt printed scarf, by tying over it.

A classic trench coat has a comfortable raglan sleeve to give greater movement ability to the wearer. Also, it provides ease even after having multiple clothing layers beneath it.

They were specifically added to the coats of army men to pin their rank badges without damaging the trench outfit.

Trench coat is mostly worn over other garments, so it should never be skin tight. Here’s a tip, when you’re out to buy the one for yourself, try it over a blazer to find your ideal trench coat size. Considering the length of sleeves, it should extent till the root of your thumb to cover sleeves you’re wearing underneath. Make sure they are neither too long to cover your palm completely.

Talking about the length of your trench outfit, there’s no such idyllic measurement. One should choose a length based on his build. For men with taller and larger frame, longer coat which falls below their knees is recommended. While, men with smaller body type should go for above the knee jacket which will form mirage of their elongate knees.

I would like to end it on the note that the one who owns a trench coat would never feel sorry for this smart investment, as this classic garment doesn’t comes with an expiry date. It has been in fashion for 100 years and will continue to be in the style league for years to come.